Skip to content
Hey I'm Sofia and this is my blog that you've stumbled upon. This blog mainly focuses on books but there are the occasional posts about Bollywood and TV shows. All opinions in this blog are my honest opinion and they are entirely my own. You can talk to me on Twitter (SofiaSaghir) or if you have any inquiries email me at sofiasaghir99@gmail.com.
Follow The Reading Fangirl on WordPress.com

This is something I haven’t done in a good while but I have been getting a lot of books in 2019. I’ve been buying a bunch as well as being sent quite a few. I’ve also started tracking my monthly book hauls in my bullet journal so I thought it would be a good idea to share it with you guys so you can see every book that I get in a month. A bunch of these I have already read so they are either in my May wrap up that went up a few days ago or I have full reviews up or coming soon. 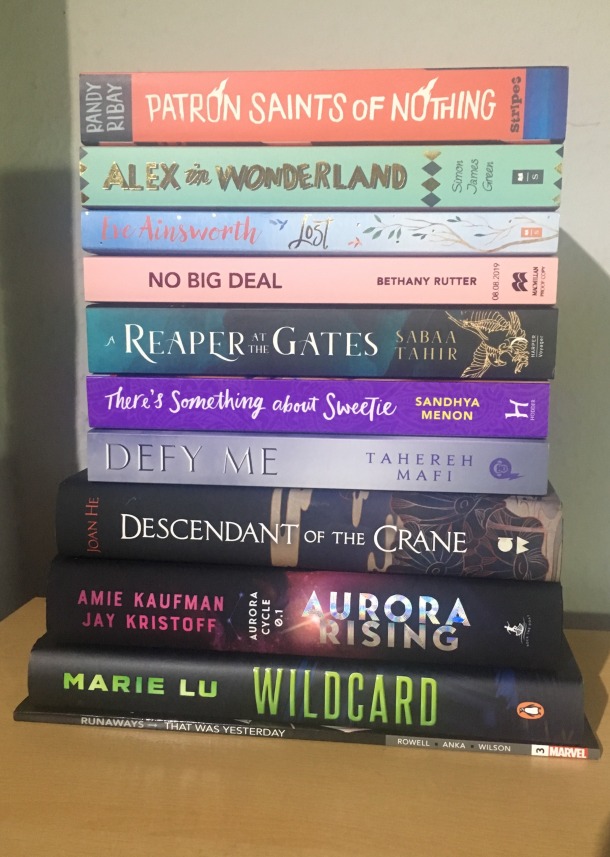 Descendant of the Crane by Joan He 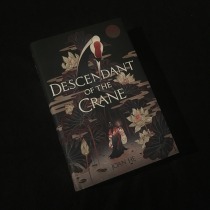 This was part of April’s illumicrate box that ended up coming slightly late due to the Easter bank holiday but it was worth the wait.  This cover is absolutely beautiful and the red sprayed edges make it even more perfect. I love this edition so much and it’s one of my new favourite books, which I wasn’t expecting at all. I think more people need to read this book because it is the perfect diverse YA fantasy that we need right now.

Runaways Volume 3: That Was Yesterday by Rainbow Rowell and Kris Anka

I’ve been following this comic series since the volumes started releasing last year because I love Rainbow Rowell so I will always support her. It released in April and it took forever to come. Amazon was being weird so I had to order it from Wordery but I’m happy I got it. This is such a fun series about superheroes that I admittedly knew nothing about prior to reading this run. I think it’s a good introduction to comic books.

Defy Me by Tahereh Mafi

After picking up a set of the first four books in this series in April and finally reading Restore Me, I decided to order Defy Me so that I could carry on with the series and own a completed set. I wasn’t too in love with this book as I thought it was way too short and the whole series just went in such a weird direction that I wasn’t expecting but I just love having a completed set so it’s worth it. I will still probably buy book 6 as well.

This was a book that I received for review this month from Scholastic UK who are always so generous to me. This book releases on the 6th June and I’ve already posted my review of it so go check that out if you want to know more of my thoughts. In a nutshell, I had a lot of fun reading this book because it was full of the same embarassing mishaps that his previous books have. I love Simon’s voice and his books are like the Gay male version of the Geek Girl series by Holly Smale. 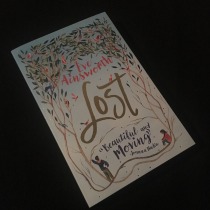 This is another Scholastic UK 6th of June release that I got for review. I always adore Eve Ainsworth’s books and this was no exception. I must admit, I’m not a massive fan of this cover. It’s pretty but her previous covers were just so stunning and perfectly matched the topic whilst still being really simplistic. However, this cover is still really nice and it suits the book since this is aimed at a younger audience than her other novels. 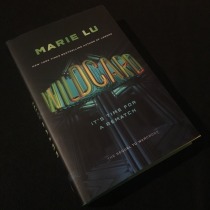 I was then looking at my bookshelf and noticed that even though I had an ARC copy of this book, I never picked up a finished hardback so I decided to order one on Amazon since I assume they will be out of print soon. I love this duology so I wanted a matching set. Whilst I didn’t love Wildcard as much as Warcross, I still think this is a very successful duology and the hardbacks are also stunning so I had to get it before I missed my chance.

There’s Something About Sweetie by Sandhya Menon

I also decided to order a physical copy of There’s Something About Sweetie when it released on May 14th. I read an early e-arc of this towards the end of last year and I loved it so much so I had to buy a finished copy to add to my Sandhya Menon collection. This is my favourite of her books and it’s also my favourite cover. I love the American hardback as it has an adorable image on the back which is usually a pet peeve of mine but I like it with her books.

Patron Saints of Nothing by Randy Ribay

Next, I got sent a stunning finished copy of Patron Saints of Nothing from the wonderful people at Stripes Publishing. I got a proof copy of it back at the Stripes #EqualiTea event in January and read it a few months back and I really enjoyed it. It was unlike anything I’ve ever read and I believe it was the first book that I ever read that is set in the Phillipines. It’s about the drug war in the Phillipines which is not something I knew much about before hand so I really learnt a lot reading this.

A Reaper At The Gates by Sabaa Tahir

In May, I finally started the An Ember In The Ashes series and fell deeply in love. I already owned the first two from years ago but as soon as I finished the first book, I immediately ordered the third book so that I could binge-read the whole entire series. None of my editions match though, due to the constant changing in covers. I have a UK proof copy of  An Ember in the Ashes, an older UK edition of a Torch Against the Night and then the newer UK cover of A Reaper at the Gates. At least they are all the same size though. I might end up buying all matching editions in the future because I really do adore this series.

Next, I got my May illumicrate box. This isn’t a spoiler for the May box because they announced the book ahead of time anyway, and the only reason why most people ordered it was for this special edition. I really love this edition. I like the sprayed edges and the change from purpley tones to pink. I also love how it’s actually signed rather than just having a book plate. I was going to do a full unboxing on my blog for it but my photos turned out pretty awful. Hopefully, I will do one for June’s box.

No Big Deal by Bethany Rutter

This is another book that I received for review from the publisher, MyKindaBook so massive thanks to them for sending it my way. I’ve been seeing a lot of early rave reviews on twitter for this book so I reached out and requested a proof copy and I’m so excited to have it. This is a debut novel that releases on the 8th August and is all about body positivity. I think it sounds like a perfect UKYA contemporary read.

So those are all of the books that I acquired in May. This is the least amount of books that I’ve acquired so far this year (not sure about January because I didn’t start keeping track until February). What books did you get in May? Let me know down below.

One thought on “May Book Haul”